The much talked about sex tape of Nigerian singer, Tiwa Savage has finally been posted online.

The video was allegedly posted by Gistlover, a controversial gossip blog on Instagram.

Recall that a few days ago, Tiwa Savage said on a radio station that a blackmailer was trying to get money from her because he has her and her boyfriend’s sextape on his phone.

According to Tiwa, she says that the sex video was mistakenly uploaded on Snapchat. Taking to Instagram story a few hours ago, Tiwa Savage dragged Gistlovers.

Tiwa Savage wrote: “You hated how I was able to control the narrative and get ahead of a story before it consumed me and how I’m able to joke on stage about something you thought should destroy me and make me feel ashamed. You must knock my head when you see me @Gistloversblog1 with my full chest.”

Gistlovers wrote: “Hello tueh tueh, Them don go arrange one video just to prove sey video dey,she saw a lot of people finally know it’s all stunt then she had to come up with something all to trend sha

Gistlovers confirmed that Tiwa Savage and her boyfriend had the sex on a yacht or boat. Before the sextape, Tiwa Savage, was seen cruising and enjoying with her friends on a yacht.

Uganda to lose only international airport to China over debts 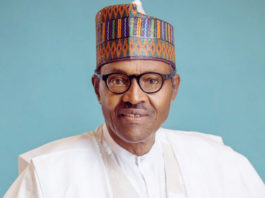