Home Opinion Truthful words that make one proud of our Military, By Emmanuel Kolawole 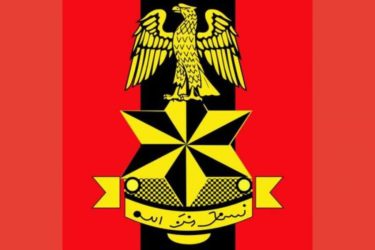 Taking the past five years as a case study, one would indeed be confronted with exploits that speak volume of a military that has stood in defence of democracy in Nigeria. The case of Oyo State indeed suffices where the Governor of the State, Seyi Makinde paid glowing tribute to the Nigerian Army for maintaining an impartial stance during the gubernatorial elections in the state.

These are indeed strong words to use in describing the Nigerian Army in its efforts towards the sustenance of our nascent democracy in Nigeria. And why Nigerians from all walks of life must see it as a national concern to support the operations of the Nigerian Army towards ensuring that the activities of terrorist and other militant groups do not thrive in any part of the country.

I know for sure that there has been an orchestrated campaign by some forces against the peace and unity of the country against the Nigerian Army. They have made wild allegations and attempted to malign its leadership led by Lt. Gen. Tukur Buratai for no justifiable reason and forgetting the fact that indeed this is a different epoch in the life of the modern-day Nigerian Army.

They have also attempted to drag the Nigerian Army into the murky waters of politics by accusing it of taking sides in the discharge of its duties. But what the majority of Nigerians do not know is that the Nigerian Army of today is indeed a professional force that is committed to protecting our nascent democracy rather than get involved in politics.

I know for a certain that the coming of Lt. Gen. Tukur Buratai as the Chief of Army Staff indeed changed the operational effectiveness and focus of the Nigerian Army. This much can be seen in the various innovations that he has introduced in ensuring that the Nigerian Army stays true to its constitutional mandate in the country.

Only recently, the Governor of Borno state, Babagana Zulum inaugurated the Tukur Buratai Institute for War and Peace as part of the concerted efforts to overcome the challenges of insurgency in the Northeast. The Governor stated that “the army is a reliable partner in progress and the state government shall work with the institute to design a template and programmes for peacebuilding, reconstruction and development of the communities.”

This is just an example of the commitment of the Nigerian Army in the entrenchment of democracy in Nigeria, and this much has been brought to the fore with the leadership strides of the Chief of Army Staff. Lt. Gen. Tukur Buratai since he assumed leadership in 2015.

I recall some time in 2017, the Chief of Army Staff, Lt. Gen. Tukur Buratai was conferred the Brazilian military order of merit award, which is the highest military honour in the country awarded to military officers, who had distinguished themselves in various military endeavours. The award was in recognition of Lt. Gen. Tukur Buratai’s exemplary and world’s recognized leadership qualities and the Nigerian Army’s effort in the fight against terrorism and insurgency.

This is just one out of the numerous awards that have come the way of the Chief of Army Staff since he assumed leadership of the Nigerian Army. I think at this point I must state that the Nigerian Army of today is indeed a force to reckon with and a case study in counter-insurgency operations.

The Nigerian Army has indeed proved its mettle in ways too numerous to mention. And one of such ways was in the successful conduct of the 2019 general elections. Having observed the cycle of violence in our past electioneering processes, the Nigerian Army thus deemed it necessary to adopt a proactive and responsive posture that would allow a better response to early signs of insecurity before they could escalate into a major security challenge. It is in this light that it launched Operation Safe Conduct and also the establishment of a situation room for real-time monitoring of events across the country during the elections period.

This proactive step indeed paid off with the successful conduct of the 2019 general elections in the country, especially in post-election violence that has characterized previous elections in Nigeria. This is indeed commendable and portrayed the Nigerian Army as an organization that is indeed apolitical and one whose loyalty is to the Constitution of the Federal Republic of Nigeria and not individuals, groups or political parties.

In all of these, one thing stands out, which is the fact that the Nigerian Army has proven to be a worthy partner in progress in the democratic experiment in Nigeria that all Nigerians should be proud of. Regardless of what some despicable elements want the members of the unsuspecting general public to believe, the Nigerian Army is indeed a professional force dedicated to ensuring that the unity of Nigerian remains sacrosanct.

Kolawole is former spokesperson, National Association of Nigerian Students and wrote from Akure.

Why Bola Tinubu must never be Nigeria’s president 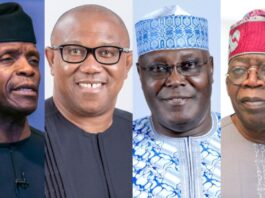 The worst mistake Nigeria can make in 2023 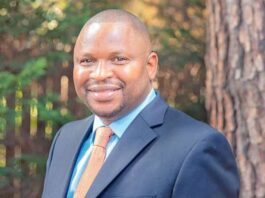 [OPINION] Buhari Should Give No More Interviews; We’ve Had Enough –... 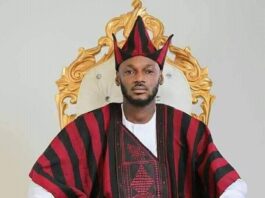 OCH’IDOMA AND THE COMEDY OF VANITY, By Ejoyi O. Ode 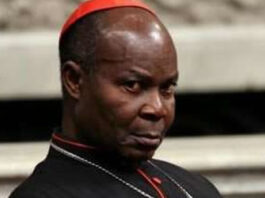 Who owns the oil, Okogie asks