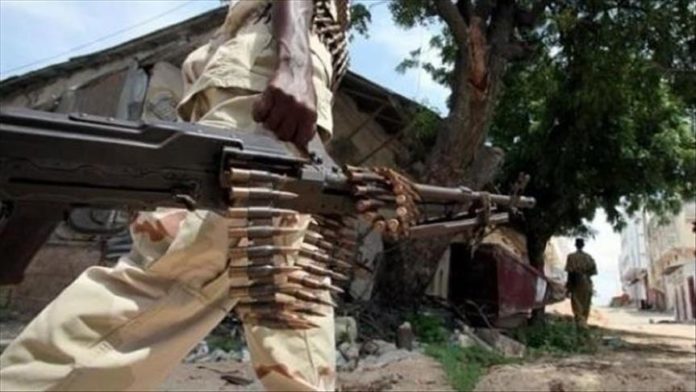 The Unity Youth Forum ( UYF) has warned Borno State governor and his officials that any attempt to disparage the military is an act of ingratitude to the troops on the frontlines as well as President Muhammadu Buhari.

The group expressed disappointment with Zulum over his incessant outbursts targeted at the military despite being a major beneficiary of its various operations since 2015.

Recall that the governor had lashed at the troops following a reported attack on his convoy after a visit to Monguno last week.

President of the forum, Comrade Isah Bello Isah, in a statement on Friday, said Nigerians are fed up with Zulum’s persistent show of emotions without putting in place the necessary strategic actions.

According to Isah, Zulum by his utterances has not shown appreciation for the efforts of  Mr. President to rid the nation of insurgency.

He added that the governor has lost touch with reality, especially after joining forces with ” unscrupulous elements to undermine a leader like PMB who has given his total best to the war against insurgency through constant attacks on the military”.

On behalf of the forum, Comrade Isah, however, advised: ” Zulum to stop acting like a sophomore undergoing training in leadership and learn to show more maturity”.

The Unity Youth Forum stated that there is ” more about governance than playing to the gallery”, urging the governor to give respect to whom it’s due.

Read the full statement below:

After years of monitoring the coordinated efforts by the current administration via the Nigerian Armed Forces, to dislodge Boko Haram and ISWAP terrorists in the Northeast and particularly Borno State, the Unity Youth Forum (UYF) is saddened by recent developments involving the military and the Borno State governor, Prof.Babagana Umara Zulum.

The Borno State governor was captured on camera trying to vilify the military by accusing them of being behind the attack on his convoy at Baga while returning from a duty tour of Monguno LG in Borno State.

Prof. Zulum, after the incident, was seen in a widely circulated video, challenging the military and querying how possible it is for Boko Haram to launch an attack in Baga when according to him there are over 1200 military personnel there.

His conclusion which was not as a result of any known investigation but basically made out of emotion has however come as the unkindest cut of all past and present attempts by a few to disparage the military.

This is because Borno, and by extension Zulum, has been the greatest beneficiary of military operations in the Northeast such that ordinarily, it should have been the last to join in any attempt to mock the military institution in Nigeria.

Since the Nigerian civil war which ended in January 1970, no state in the country has tasked the military and benefitted in terms of combat and defence operations like Borno State.

You will recall that it was the killing of some soldiers and civilians in communities bordering Nigeria and Chad in Borno State, that led then General Muhammadu Buhari to order a military operation that almost overran Ndjamena in the early 80s.

In the early 80s also, the military was deployed to Borno State following civil unrest and violence occasioned by the remnants of the Maitatsine sect that had taken refuge in Bulumkutu, a suburb of the state capital, Maiduguri.

During the reign of Col. Buba Marwa as governor when crime peaked in the state, it was the military that was used to flush out the criminal elements terrorising the state.

It was also in Maiduguri that the first confrontation between the police and the Boko Haram members occurred and when the conflict went out of hand, it was the military that was invited to intervene and it dutifully did that and even arrested the sect’s leader, Mohammed Yusuf, and handed him over to the police.

As the sect took up arms against the Nigerian State and made Borno the launch pad of their insurgency, the military more than any institution, has been at the forefront of trying to liberate the state and return normalcy in the entire Northeast region.

This has come with a heavy price on the part of the military as many of its personnel have been killed, many maimed and many of their families shattered due to the dislocation of their breadwinners.

Many young and vibrant officers, some of whom had just married have been dispatched to early graves all in the bid to secure the lives of citizens.

Though the military is not complaining as these incidences happened in the course of discharging its statutory function of defending the territorial integrity of the nation, it would be the height of ingratitude for anybody in Borno to raise voice against the military like the Borno State governor and some of his officials have been doing lately.

The Borno State governor has, without basis, in the recent past, accused the military of extorting money from motorists on the Maiduguri- Damaturu road.

He has also accused the military of abandoning their duty posts for people to be slaughtered by terrorists at Auno even though the allegation was not correct.

The military also clashed with Borno State government officials led by the deputy governor of the state, who insisted that people must be tested for Covid-19 before being allowed to enter the state against security advice.

Then the recent unfortunate outburst of the governor in Baga and his threat to use hunters instead of the military to fight Boko Boko Haram.

In all these occasions, the Borno State governor and his officials had come down heavily on the military without showing appreciation for the much it has done to save the state.

The Borno State governor has forgotten that were it not for President Muhammadu Buhari who ordered that theOperationall Headquarters of the fight against insurgency to move to the theatres of operations in 2015, that the insurgents had captured almost the entire northern Borno senatorial zone and were making attempts to take the state capital.

He had forgotten that were it not for the sustained military operations and the appointment of the current set of service chiefs, that many local councils in Borno would have still been under the control of the terrorists.

He has also forgotten that if not for the military intervention and the opening of a Situation Room for the Northeast in 2019, that the election which brought him into office would also not have been possible.

We, therefore, see the attempt by the Borno State governor and his officials to disparage the military as an act of ingratitude not just to the military, but to President Buhari who is doing his best to secure the nation.

Governor Zulum by his utterances has not shown appreciation for the efforts of  Mr. President to rid the nation of insurgency.

By joining forces with some unscrupulous elements to undermine a leader like PMB who has given his total best to the war against insurgency through constant attacks on the military, shows a disconnect from reality.

This is totally unacceptable and condemnable.

We call on Zulum to stop acting like a sophomore undergoing training in leadership and learn to show more maturity.

There is more about governance than playing to the gallery.

True leadership is also about giving honour to whom it is due.

Much has been done by President Buhari and the Nigerian Armed Forces to sustain the peace Borno State is enjoying now.

The Borno State government should not in the bid to gain applause scuttle it with careless and reckless statements.

IPOB AND ITS CAMPAIGN OF DISTORTION AGAINST NIGERIA, By Kolawole Anthony

Ambassador TY Buratai and his foresight on national security, By Mark... 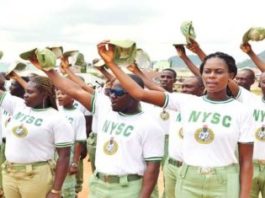 FAROUK YAHAYA: THANKING BUHARI FOR A RIGHT CHOICE AS COAS, By...

NYSC at 48: Giant and commendable feats of an institution, By...