Our Governors and the security threats in northern Nigeria, By Ghazali Al-Mustapha 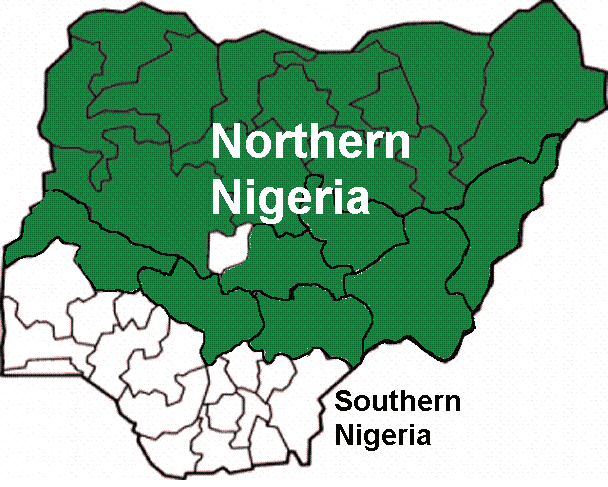 ....dismisses fake report on nation’s terrorism index The Centre for International and Strategic Studies (CISS) has applauded Nigeria's progress on peace as indicated by the Global Peace...
Read more
News

Ahead of Nigeria's 60th independence anniversary, the National Inter-Faith and Religious Organization for Peace (NIFROP) has commenced prayer and fasting for President Muhammadu Buhari and...
Read more
News

Some elder statesmen under the aegis of the Patriotic Elders Council (PEC) say President Muhammadu Buhari has surpassed his predecessors in terms of security,...
Read more

It is now a common sight for governors to sprint to Abuja to seek respite each time there’s perceived security breach in their respective states. They do so at a lightning pace. Usain Bolt will feel like a proud father.

In their customary pattern, the governors are billed to meet with President Muhammadu Buhari again later this week after Tuesday’s National Security Council meeting. The planned gathering has drawn concern from across the board, especially after the purported attack on the convoy of Governor Babagana Zulum of Borno State, said to be on his way back after distributing relief materials to Internally Displaced Persons, IDPs.

There were also claims of an attempt by insurgents to take over the state capital, Maiduguri in addition to the security challenges in Katsina, Zamfara, Sokoto, Kaduna, Niger, Plateau and Benue states where banditry, abductions and cattle rustling have become rife.

As the governors prepare to embark on another athletic exercise, however, the focus has once again shifted from the main issues resulting in the security threats in the north to politics. Once more, certain forces have tried to paint a gory image, depicting that the insecurity has to do with the Service Chiefs.

The President, though, by involving relevant stakeholders like the governors and other political appointees for the next meeting has shown that he understands the issues beyond a single narrative and is willing to interrogate the situation at the appropriate quarters. On their part, meanwhile, the governors exhibited despondency and utter cluelessness whenever security issues arise.

The governors hide under the ridiculous fabric that since they do not control any of the security agencies, the mandate falls on the Federal Government to address such problems. Doing so, they completely ignore the fact that as chief executives of specific spaces, they constitute the first line of defence with their constitutionally assigned roles of ensuring the security and well being of citizens in their respective states.

Recall that at the end of a meeting with the President on security matters in 2017, the state governors were made to realise their greater roles in providing adequate security for citizens even more than Abuja. The same year, the Northern Governors’ Forum met and decided to collectively tackle the issue of insecurity bedevilling the region as one entity instead of leaving it to the individual states affected to do so.

In a communiqué read by the chairman of the forum, then Governor of Borno State, Kashim Shettima, the governors took other measures like resolving to accept the recommendations of the Body of the Attorneys General of the 19 Northern States to domesticate the model Penal and  Fiscal Responsibility Law and the model Administration of Criminal Justice Law through the necessary legislative actions by subjecting them to the individual peculiarities of the states.

They also identified some of the factors that make the security situation in the region intractable to the porous borders which they say allows criminal elements to move freely within the West African sub-region; access to arms through the black-market and the lack of strong legal framework.

The governors went further admitting that the huge forests in the north allow bandits to easily move from a place, making it difficult to engage them in combat.

But they unanimously agreed that the military has been overtasked with the task of ensuring adequate security as they were in operation in almost all parts of the country.

This underscores the fact that the issues are beyond what combat operations alone can handle. Additional proactive measures must be taken to avoid deterioration to the point where military engagement would be required like putting in place a comprehensive business plan as well as opening discussions to boost power supply and offer financial assistance to citizens. They acknowledged that the military has done much to reduce the magnitude of violence in the region.

For instance from 2009 when violence broke out in the Northeast till now, the military has done a lot to bring the situation under control. These are obvious in the fact that the military had recaptured an area spanning 20 local councils with a population of about two million inhabitants in Borno, Yobe and Adamawa States once taken over and declared a caliphate by the insurgents.

Admittedly, so much was lost due to the activities of the insurgents; the destruction of infrastructure and large-scale humanitarian crisis owing to the sacking of many communities. But the military was able to reverse all that, making it difficult for the terrorists to continue such attacks while opening markets and roads hitherto closed.

Governors and politicians in states like Adamawa, Bauchi and Gombe which were initially ravaged by Boko Haram have taken the initiative to cooperate fully with the military in terms of logistical support, frequent consultations and provision of relevant actionable intelligence.

They have also made steps to disabuse the minds of their youths against violence, engaging them in productive economic activities and involving communities in early detection. However, their counterpart in Borno and to some extent, Yobe, have fallen short in that regard.

This perhaps explains why insurgency has almost been obliterated in the aforementioned states yet continued to escalate in Borno and Yobe as the governors and elders abandoned their own duties to the military.

The current governor of Borno, unfortunately, unlike his colleagues, seems not to have grasped the enormity of the task on his shoulders, instead of jumping at the slightest instance to blame the military. He isn’t alone, though.

The politicals elites in Borno have remained on the sidelines, doing almost nothing to support the military. There are reports that they chose to act that way as they were profiting from the smuggling businesses and the take over of the multi-million naira fishing business in Baga.

There’s is also the report of the lack of conscious efforts to reduce the level of poverty in Borno which is making insurgency to thrive in the state.

One, however, expects that since the stakeholders and political class have realized that the military cannot do all, they should have stepped up efforts, embarking on alternative dispute resolution mechanism, ensuring fairness and justice in the conflict between communities and providing the enabling environment for all citizens to cohabit with one another without any fear of molestation.

To tackle insecurity squarely, Zulum and other governors obviously need to do more than embark on their usual trip to Abuja. They have to provide leadership at the various levels including the local government and communities.

They need to ensure that political thugs who were armed during the last elections are disarmed and deradicalized as quickly as possible. The governor also needs to be in constant consultation with citizens of their respective states. Only then can they dash to the nation’s capital and no one would bother. Absolutely none.

Al-Mustapha is a security expert and wrote from Kaduna.

Some elder statesmen under the aegis of the Patriotic Elders Council (PEC) say President Muhammadu Buhari has surpassed his predecessors in terms of security,...
Read more
Opinion

General Buratai and his voyage of transformation, By Thomas Uzah PhD

Lt. Gen. Tukur Buratai came like a dunce on the hottest seat of battle some five years ago. Many were under the faulty illusion...
Read more
Opinion

*Re: Lt. Gen. Akinrinade (rtd): A stakeholder who missed the path!*, By Simon Shango

The Nigerian media buzzed with news of the visit of the Chief of Army Staff (COAS), Lt. Gen. TY Buratai on Monday 14th September...
Read more

....dismisses fake report on nation’s terrorism index The Centre for International and Strategic Studies (CISS) has applauded Nigeria's progress on peace as indicated by the Global Peace...
Read more
News

Ahead of Nigeria's 60th independence anniversary, the National Inter-Faith and Religious Organization for Peace (NIFROP) has commenced prayer and fasting for President Muhammadu Buhari and...
Read more
News

Some elder statesmen under the aegis of the Patriotic Elders Council (PEC) say President Muhammadu Buhari has surpassed his predecessors in terms of security,...
Read more
News

The death of notorious militia leader, Terwase Akwaza, popularly known as Gana would usher a new era of peace in the Middle-Belt region, the Ethnic Minorities...
Read more

....dismisses fake report on nation’s terrorism index The Centre for International and Strategic Studies (CISS) has applauded Nigeria's progress on peace as indicated by the Global Peace...
Read more